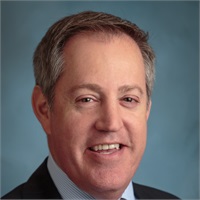 WMGNA’s President is a Certified Private Wealth Advisor®, a designation offered through the Investment Management Consultant Association. The CPWA® was created in partnership with the University Of Chicago Booth School Of Business for financial advisors who have worked with high net worth individuals (equity of $2–$26 million) for at least 10 years. As of December, 2016, only 1,206 people in the United States hold the CPWA® certification.

Born in Bloomfield, CT, Brian graduated from Bloomfield High School. He continues to give back to the school with the annual “Alan L. Beck Award,” a scholarship presented to the top academic athlete.

After high school, Brian attended Emory University where he graduated with a Bachelor of Business Administration, with a focus in marketing and finance. While at Emory, he revived the school’s baseball team, which had been defunct since 1950.

In 2008, Brian helped establish the Emory University Baseball Alumni Association, and today serves as a Board Member. He also supports the University of Hartford baseball team, has served on their Athletic Development Committee, and sponsors the annual “Alan L. Beck Award” for the top scholar baseball player.

Brian currently resides in Delray Beach, FL with his wife, Noa, who is a Radiologist specializing in women's imaging and is currently the Medical Director at Care Diagnostics for Women in Boca Raton, and their two daughters. Brian’s love for sports can be seen on the walls of his offices, where he has a private collection of sports memorabilia. The most unique of which are, his Boston Celtic Ball Boy jersey, which he wore from 1980–1985, Michael Jordan's autograph from his rookie season and appearance contracts drawn up by Brian’s father for Joe DiMaggio, Reggie Jackson, and Don Mattingly.